How a bill becomes a law (ProQuest) 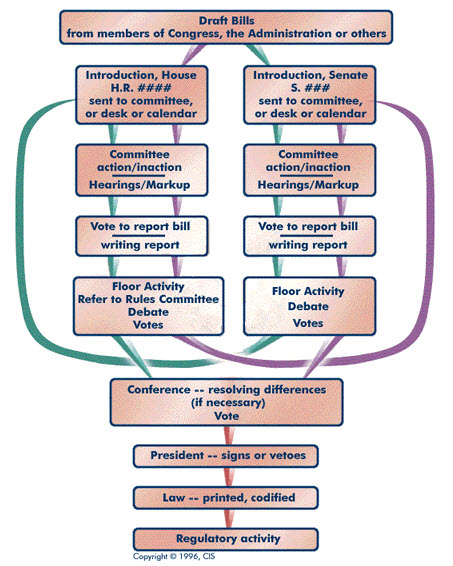 Abbreviations for types of legislative documents or Congressional Bills

Once a law is signed by the President, it is assigned a public law number and issued in print as a "slip law."

"Pub.L' is the abbreviation for "Public Law"

The Statutes at Large is the permanent collection of all laws and resolutions enacted during each session of Congress.

At the end of each session of Congress, slip laws are compiled into bound volumes called the Statutes at Large, and they are known as "session laws." The Statutes at Large present a chronological arrangement of the laws in the exact order that they have been enacted.

A U.S. Code citation includes a title number, the abbreviation "USC" or "U.S.C." and a section number.

"The Congressional Record is the official record of the proceedings, debates, and activities of Congress. Although the Record contains a substantially verbatim account of the proceedings and debate, it also contains extensive inserted materials, communications from the President and executive agencies, memorials, and petitions."